The word “mentoring” comes from the myth described in the “The Iliad”. Setting off to Troy Odysseus asked his elderly wise man named Mentor to look after his wife Penelope and son Telemachus during the absence of the king.

Mentoring is a structured, partner relationship between mentor – someone more experienced, a mentee – student. Mentor in the context of the organization is usually the person (not necessarily older) having longer service and holding higher position.

The mentor is a person who acts as a friend and trusted advisor, but the whole relationship proceeds on a professional level. Mentoring is based on the continuous support and development, which is aimed at eliminating blockages identified by the mentee, but provides an opportunity for learning and growth for both parties.

Mentee, thanks to work with mentor acknowledges his strengths, develops self-awareness and seeks to use his own potential. Key to the relationship is mutual trust, understanding, empathy, and the principle of confidentiality and respect.

Mentor helps to identify barriers, can provide useful information, but it depends on the mentee only, whether to benefit from them or not. Those are mentee’s decisions and he bears the consequences, just as only mentee knows the answers to his questions.

Mentor can refer to his own experience, to use his skills, but judging whether instructing are not advisable. Mentoring is not psychoanalysis, but for the satisfactory and complete result, the mentee’s situation should be considered in a broader context, often referring not only to the present but also the past and the future. The purpose of mentoring is the development and acting.

Mentoring sessions are conducted by AhProfit CEO – PhD Adam H. Pustelnik. More information about him are easily found on the main site in the part “About us”. 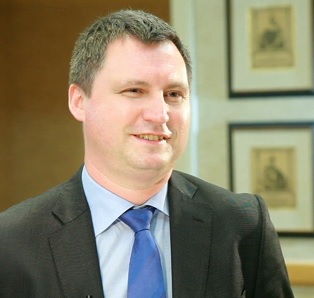